Premiership Rugby and title partner Gallagher have announced their support for Rainbow Laces, the campaign run by LGBT charity Stonewall to promote LGBT inclusion in sport.

To celebrate the Rainbow Laces campaign, a new “rainbow” Gallagher Premiership Rugby logo is unveiled today which will be used through the six matches in Round 8 of the competition on the weekend of 23-25 November.

As part of the commitment:

The weekend will form part of Premiership Rugby’s commitment to work with Stonewall over the coming months.

Wayne Morris the Community and CSR Director at Premiership Rugby, said: “At Premiership Rugby we are committed to the core values of Inclusion and Respect. We want everyone who engages with rugby at any level to feel welcome and we run a number of inclusion programmes – including Project Rugby – which takes the game to traditionally under-represented groups.

“We have supported Rainbow Laces since 2014 and we work with a number of organisations on our inclusion work, so this campaign is crucial for us, as it gives us the chance to showcase rugby as an inclusive game for all.

Jonathan Turner, CEO of Gallagher’s UK underwriting operations and Chair of the Inclusion & Diversity Committee at Gallagher, said: “At Gallagher, we work hard to foster a culture that’s fair, inclusive and empowering – one where everyone has the confidence and support to be fully themselves in seeking to achieve their goals and ambitions without fear of discrimination.

“So the Rainbow Laces campaign has real resonance for us and we couldn’t be prouder to join with Premiership Rugby, to actively demonstrate our support for LGBT equality and inclusion and play our small part in making sport everyone’s game.”

Kirsty Clarke, Stonewall’s Director of Sport, said: “It’s great to see UK sport banding together in the biggest ever show of support for LGBT people in sport.

“Whether you’re in to cricket, darts, rugby, football or athletics, your sport is taking part and lacing up.

“But it can’t just be the national bodies making this statement. We need every sports fan to do the same and commit to stand up as an ally to LGBT people in their sport and beyond.

“What that action looks like is simply being a good teammate and taking responsibility for making LGBT people feel welcome. Not only can you show your support, you can challenge chants or insults about LGBT people, or report abuse, whether that’s online, watching live sport or taking part.

“So many sports wanted to take part this year we had to extend the campaign from a week to three weeks and that just shows what an appetite there is for positive change across the sporting world.” 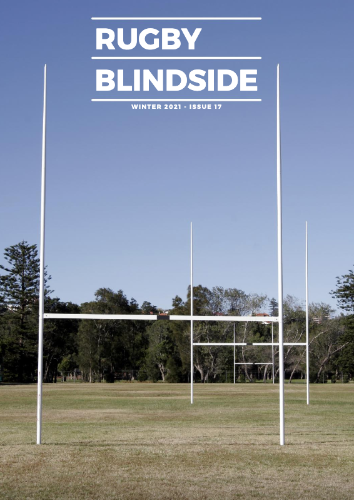