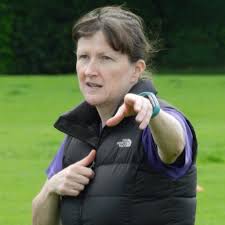 A little about you… Can you tell us a bit about your background?

I originally trained as a PE teacher in the 1980s but have worked for 30 years or so in Special Educational Needs. I was massively into sport but was never given the opportunity to play rugby.

How did you first get involved with Alton RFC?

My son started playing rugby at Alton RFC when he was about 8 so I spent many years on the touchline watching. About 2 years ago I approached the club to see if I could run a touch rugby course for women. I had recently started playing touch rugby myself and thought others would enjoy it. They were all for it so I ran a 6 week course and they wanted me to carry on. So we did and it became a regular weekly event. I now coach ladies and this year we started a girls section too which has been extremely popular, we have gone from 10 to 40+ girls in just one season.

What do enjoy most about your role?

I love watching the skills and fitness develop but also the relationships. In the girls section there are girls from lots of different schools and they really enjoy each other’s company.

In the ladies section many of these friends would otherwise never have met. One of my favourite things though is the mother-daughter combinations we have. Because it’s touch they can play together and I think it really helps their relationship in what I remember being tricky teenage years where mums and daughters can spend a lot of time arguing.

I also like that it has become a family thing for us as my husband Nick coaches alongside me and my son Calum is doing a rugby coaching degree as well. It’s something we all support each other with.

Can you tell us about the journey Women’s rugby has had at Alton RFC?

In our first year we had about 60 women play throughout the season and although for a whole variety of reasons some fell away we have a core group who continue to play. We are now trying to grow the contact game as well for those who want to do that. We have run a couple of inner warrior camps and hope to get a team next year even if it’s initially to play Xrugby 7s 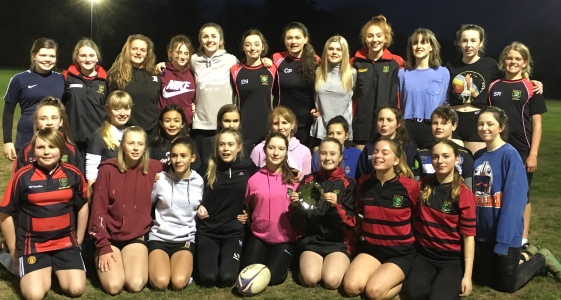 Within the past year participation in Women’s rugby has massively grown at Alton RFC. Can you explain why?

I think the reason girls rugby has grown so much is that the girls bring their friends. It’s a place where they can just be themselves, have fun and get rid of any stresses from the day. For the ladies it often starts with me persuading them to give it a go or a friend doing this. Then they find they get a bit fitter while having a laugh and so they keep coming.

It’s good to have the ladies a bit more prominent within the club and they have also been made very welcome by the club.

What are the future plans for the Ladies & Girls sections at Alton RFC?

As our girls get older we will be able to add to our ladies team with girls who have grown up playing. We have about 3 years before this happens though, so we need to keep the interest and fun going and recruit as many players as we can in the meantime. 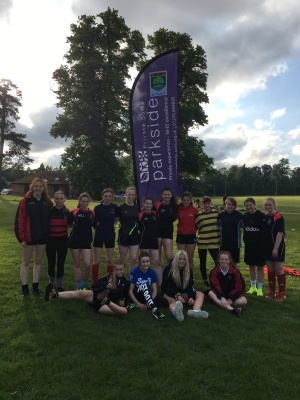 What impact do you think the Tyrell’s Premier 15s had on the Women’s game?

At the moment at our level I don’t think the women’s premiership has had a massive impact as many of the ladies who come along to Alton RFC are not necessarily from a rugby background. Most have never even picked up a rugby ball before, so they wouldn’t necessarily seek out watching it. If it was more on mainstream TV it might have more impact. We hope to get a group to a couple of matches at Surrey Sports Park and hopefully that will have an impact.

Women’s Rugby is clearly on the up. Globally, participation in Women’s Rugby has increased by 28% to 2.7million since 2017. What do you think is next for the sport?

The women’s football World Cup has had really good TV coverage so if we can get similar for rugby then more women will see this and want to play.

However we have to remember that the majority are not playing at the elite end of the sport and small clubs trying to develop sides need to be supported. That’s why Xrugby 7s is such a good idea. It’s so much easier to put out a side for 7s than 15s and of course it’s only half a pitch so you don’t have to be a 7s type of player.

If you like our Q&A’s please sign up to also receive the Rugby Blindside newsletter. This quarterly publication provides grassroots clubs with the opportunity to share their ‘off the pitch’ news with the rugby community.